Nowadays one is confronted with a ‘dramatic transparency’, which bestows its existence to the openness and sometimes to a possible sense of lightness of the remaining walls.  Yet, a constant interplay among noticing what has lasted after the destruction and what has ‘perished’ contributes to that, too. While a roof and a vault used to bridge men to God, now the vastness of the sky.

The walls stand still against the wind,
there by the cliff…
Men lay beneath, having to say their myth. 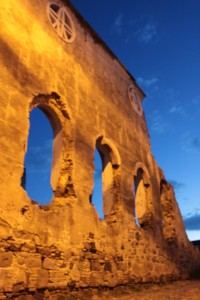 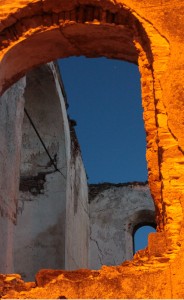 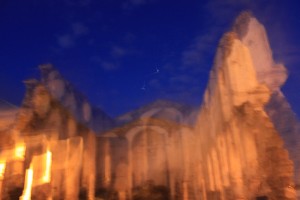 This entry was posted in Participant submission, Pictures, Text. Bookmark the permalink.